‘The wine of kings and the king of wines,’ raved England’s Richard the Lionheart at the start of the 12 century during the third crusade when he and his troops occupied Cyprus and tasted the local wine. The first historical source when Cypriot wine was mentioned goes as far back as Homer. This makes the Cypriot Nama about 5,000 years old and therefore the oldest wine in the world. ‘This wine was for a long time reserved only for the rich who used it as a sacrificial offering,’ explains Lefteris Mohianakis. Lefteris, who is Greek, studied oenology in Athens and afterwards worked in various wineries among other places in Greece and New Zealand.

While he was travelling by motorbike on a career break he met his later to be wife, Kristina Apostolou, in Nikosia. It soon became clear to the couple that they wanted to spend their future together and also to establish their own business. They quickly discovered a business idea. ‘We wanted to produce the classical Cypriot wine, Nama, in a traditional way that involves lots of manual labour,’ reports Lefteris.

Since its great heyday in the middle ages when it was renamed by the occupiers as ‘Commandaria’ it had lost its importance. For a long time it had fallen into decline and was viewed on as an unlovingly produced mass product. In order to set them apart from this history Kristina and Lefteris gave their wine a new name which had no resemblance to the old name Commandaria. The couple marketed their product in 2009 under the label ‘The Anama Concept’.

The turnaround took place about ten years ago as a new generation of viticulturists to which Kristina and Leftreris belonged, started to look at the original roots of Cypriot Nama. ‘At that time the market was dominated by four big companies who laughed at us all pityingly,’ recalls the couple. Yet they were both convinced that with contemporary knowledge and traditional methods of production they could bring back the lost glance of the Cypriot Nama. And so they purchased a vineyard in the mountains of Cyprus. ‘There we cultivate vines that are already eighty to one-hundred and twenty years old,’ tells Kristina. The cave and living quarters of the couple are located further east and lower lying between Larnaka and Nikosia. 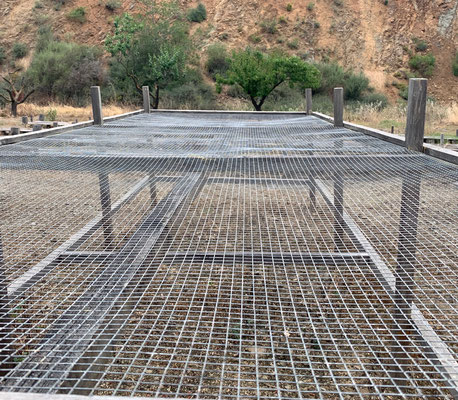 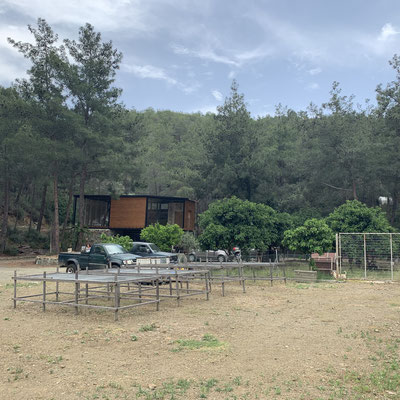 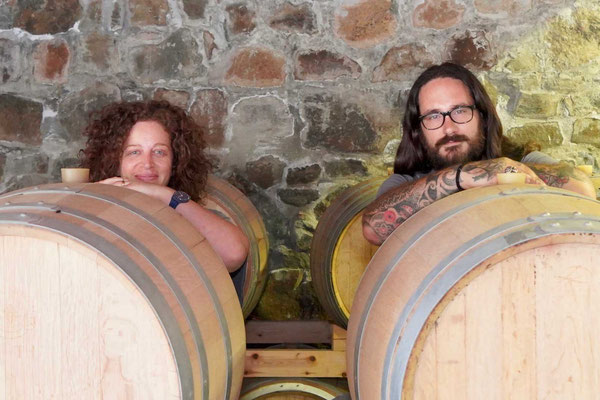 A slower heat influence is the key to success

For Cypriot Nama you need a combination of two native vines: the red Mavo and the white Xinisteri, whereby the mix relation is 2:1. The factor that is special about the production of Nama is that the grapes are sun dried after the harvest at the start of September in order to increase the sugar concentration. In earlier times the winegrowers left the grapes on the vines to dry. In the last century they expedited the process by laying the grapes on clothes which covered the ground. Lefteris saw one big disadvantage with this method, ‘Through the direct sun rays and intense heat some of the flavours overshoot. In doing so the diversity which the grapes contain in taste and odorous substances is lost,’ explains the vintner. Lefteris therefore developed a new method. He spreads the grapes on a long gridded table and then protects them from direct sun rays by covering them with cloths. In this way the drying process takes about 45 days. ‘One should be able to still feel the character of the wine twenty years later. This makes the wine interesting for collectors.’ The final touch is achieved by storing for several years in oak barrels.

Each bottle is a handmade piece of art

The passion with which the wine is produced does not end once the bottles have been filled. At this point Kristina takes the lead. ‘The physical appearance of the packaging of such a fine wine should be in relation to the experience when consuming it.’ This is when Kristina's, a native of Cyprus, experience as a qualified goldsmith comes into action. Kristina designs the bottle labels and cardboard packaging completely by hand. This turns the fine wine into a piece of art that is designed with much love and attention to detail.

That Kristina and Lefteris have done everything right can be seen by their success. After receiving many international awards they are well known on the scene. ‘We could sell three times the amount of wine that we produce,’ reports the wine expert. Yet they both do not want to increase their average production level of approximately 2,000 bottles. To them a constant high level of quality instead of making fast money through quantity is much more important. Currently they sell around half their production in local markets and the other half through dealers abroad. Demand is especially high in Asiatic regions.

Step by step enlarging the range

Despite the limited amount of wine produced there is growth at The Anama Concept. ‘We are slowly increasing our product range with each year.’ For some time now a homemade ‘Zivania’ a grape marc comparable to Italian Grappa belongs to the range. The grapes for this spirit come from young vines. Following two distillations the Zivania is stored for five years in barrels which were used to make Nama. ‘This results in a unique hybrid between a traditional spirit and a Cypriot Nama,’ explains the oenologist.

Through the passion and expertise that Kristina and Lefteris operate The Anama Concept together they most certainly honour the king of wines.